Background. Familia is a new pizza and rotisserie restaurant due to open in the near future, in a medium-size shopping mall in Luxemburg. Other than the name, Familia, the client didn’t provide very specific guidelines about style, colours and feelings to transmit through the branding. What was immediately clear was that being the restaurant positioned in a fast-paced context as a mall is, filled with people, colours and trade names, a strong brand was needed to capture the clientele’s attention. I opted for a modern classic style, unique and lively, flexible and able to convey strength in a playful way.

familia
/fəˈmɪlɪə/
noun – HISTORICAL
a household or religious community under one head, regarded as a unit.
(Oxford Languages)

Familia is a historical word deriving from Latin. The most immediate perceived meaning is “household” but it can also identify a group of very close friends that feel like a family.

The creative process. I created a custom wordmark loosely inspired by Nasa 1975 logo, from which I took the curved lines, minimal look and no serifs. As a secondary typeface, I used the Jura which matches well with the primary typeface. These two modern typefaces have been assembled to visually suggest the shape of a wood hoven, traditionally used to cook pizza in Italy.

The third element, the hexagonal mark with the Familia word-initial “f” and the text positioned around it, is meant to substitute the whole wordmark with a symbol, a “stamp effect” that breaks the neat and minimal look of the other two components of the logo, without being graphically in contrast.

The third element of the primary logo is also perfect to be used as a secondary logo. When positioned with the right rotation it resembles a checkmark that subliminally communicates a reassuring positivity. It can also be used as a visually appealing graphic element on collaterals and as an attention-grabbing shape and symbol on merchandising. 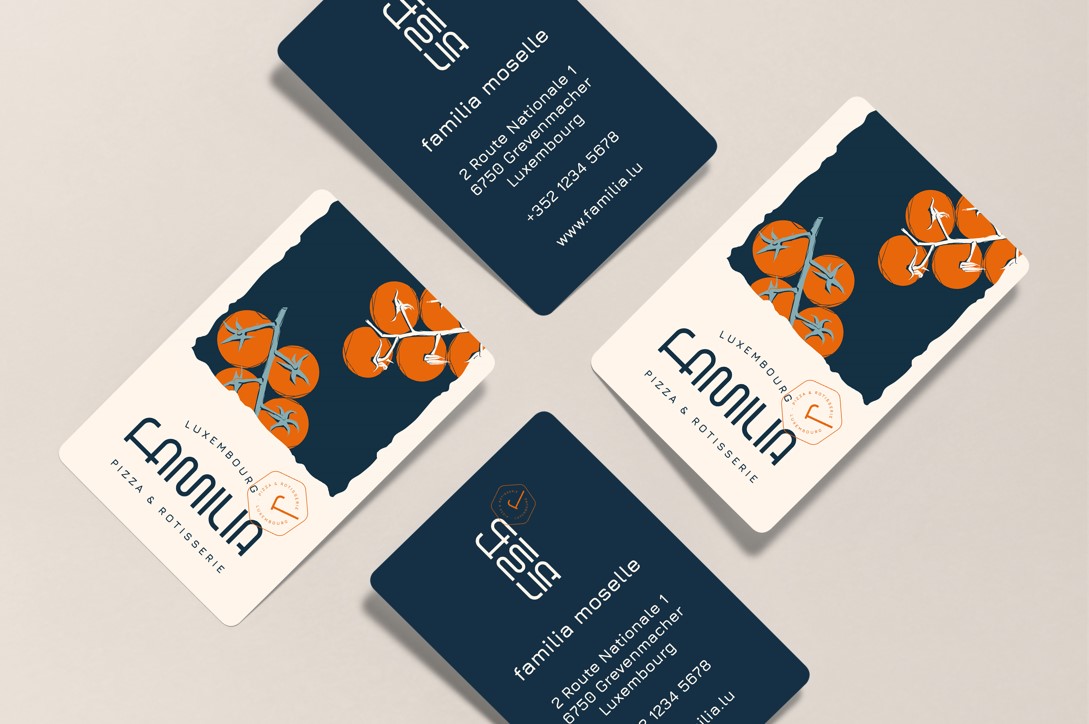 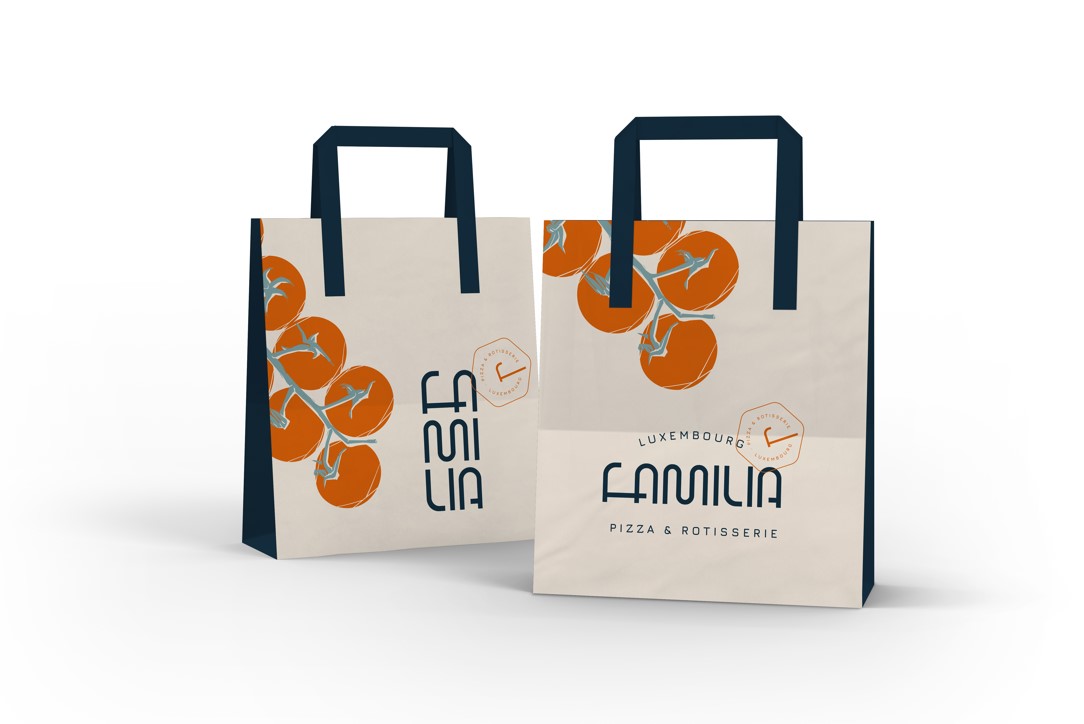 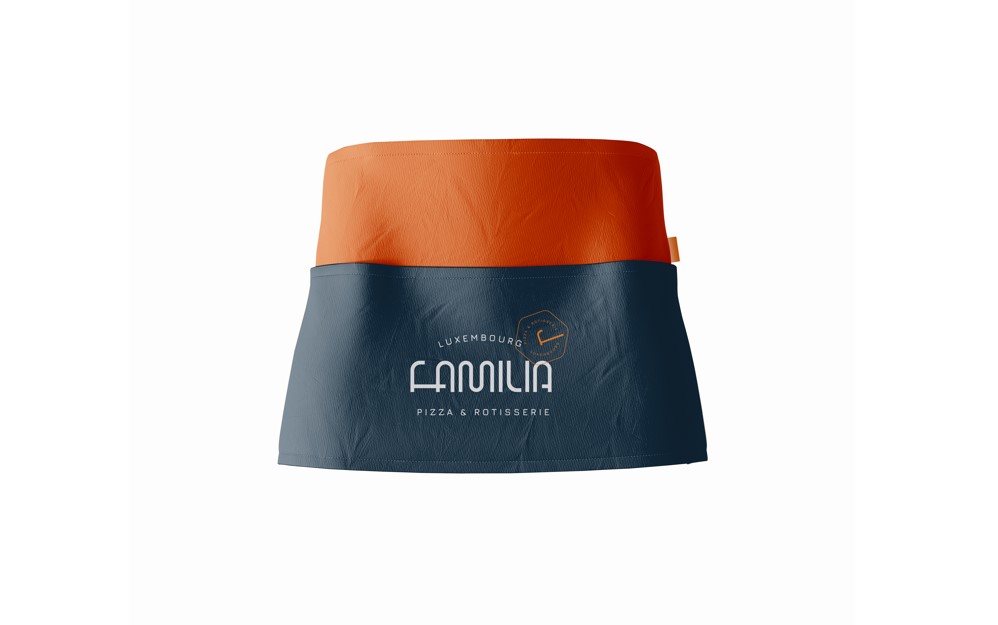 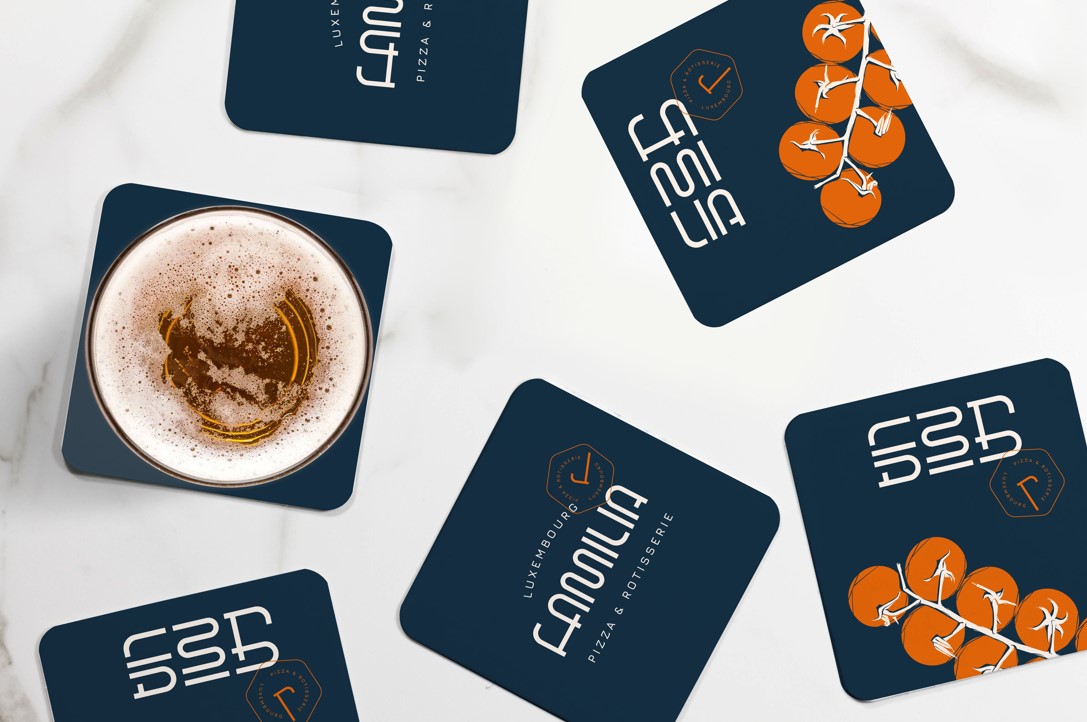 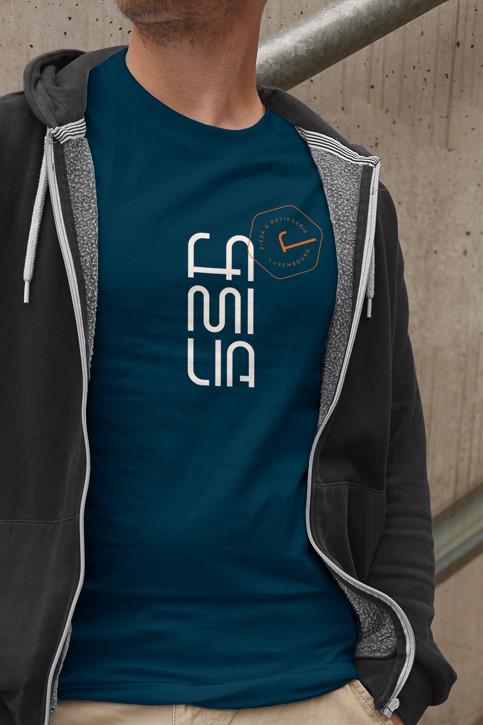 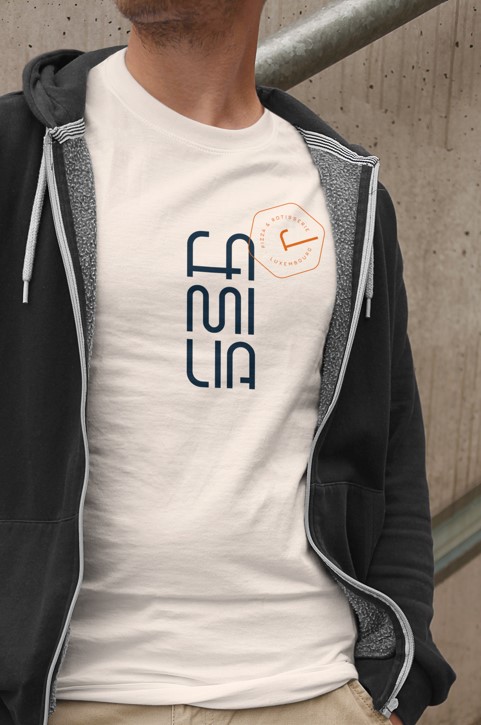 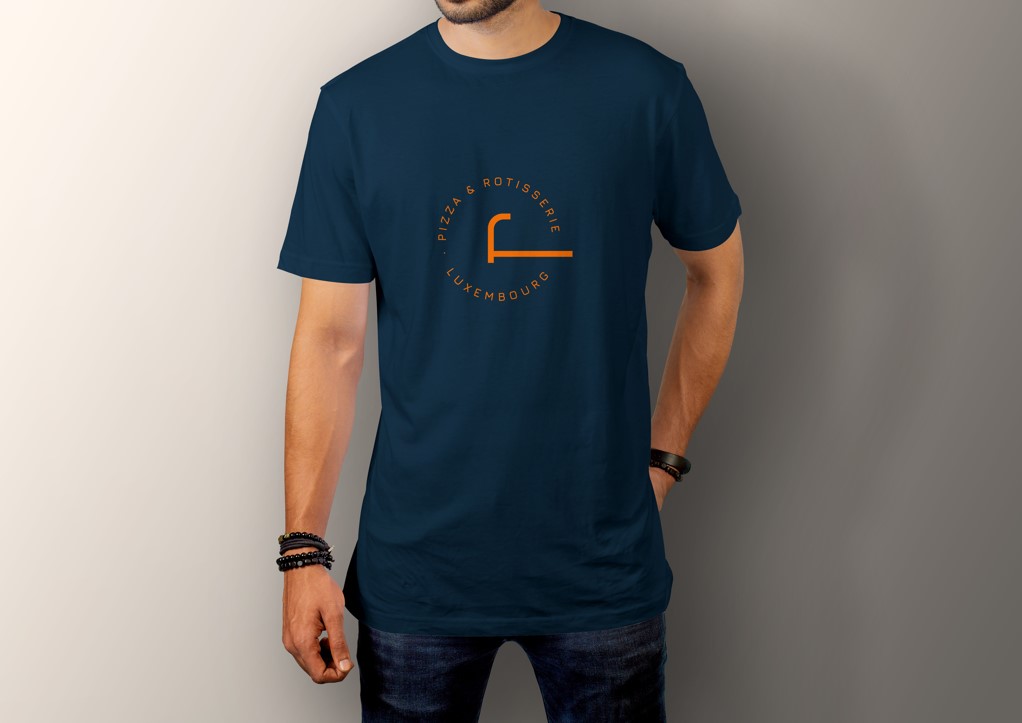 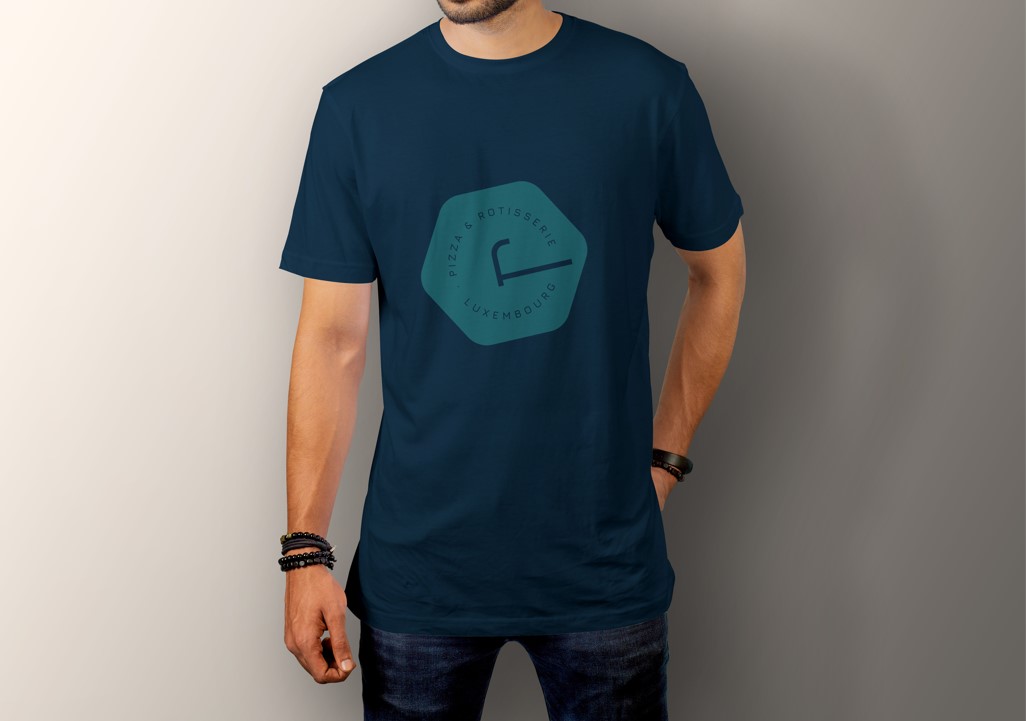 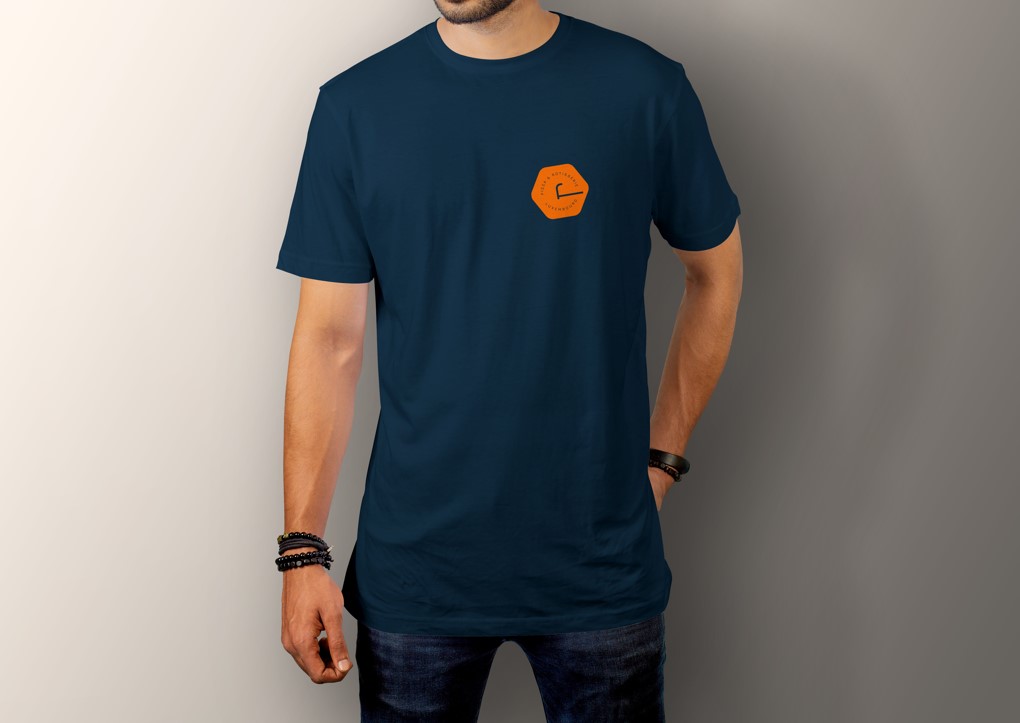 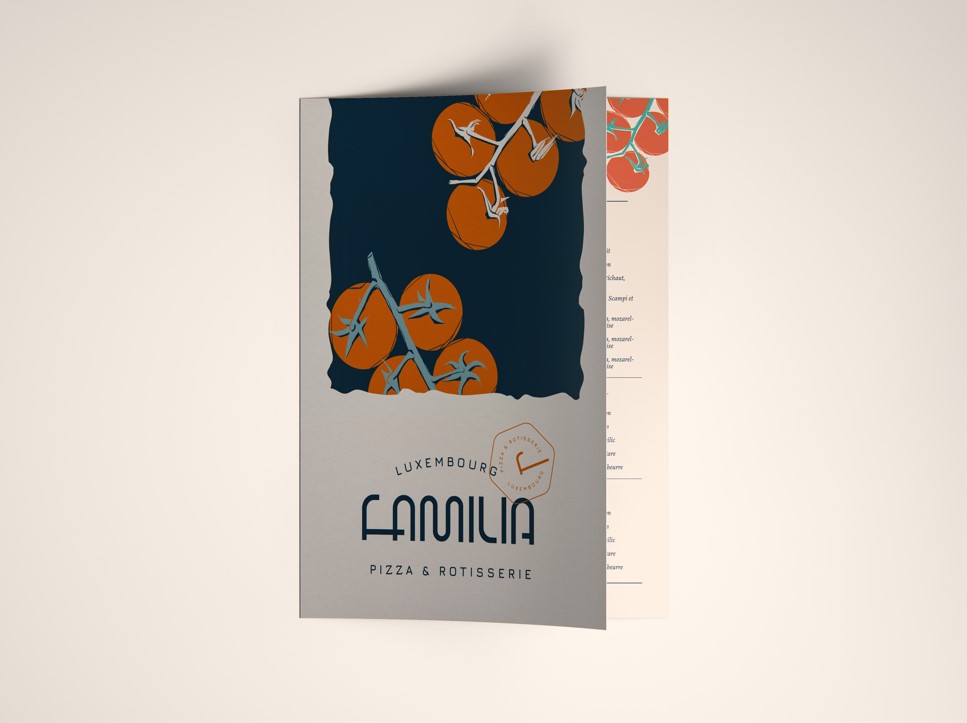 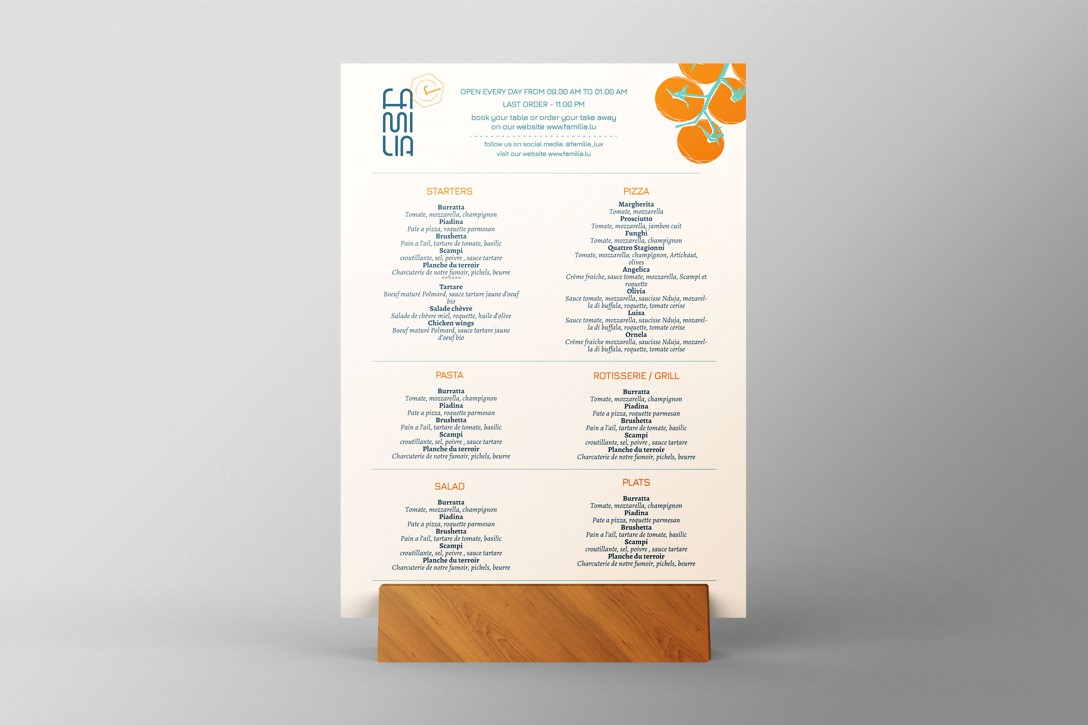 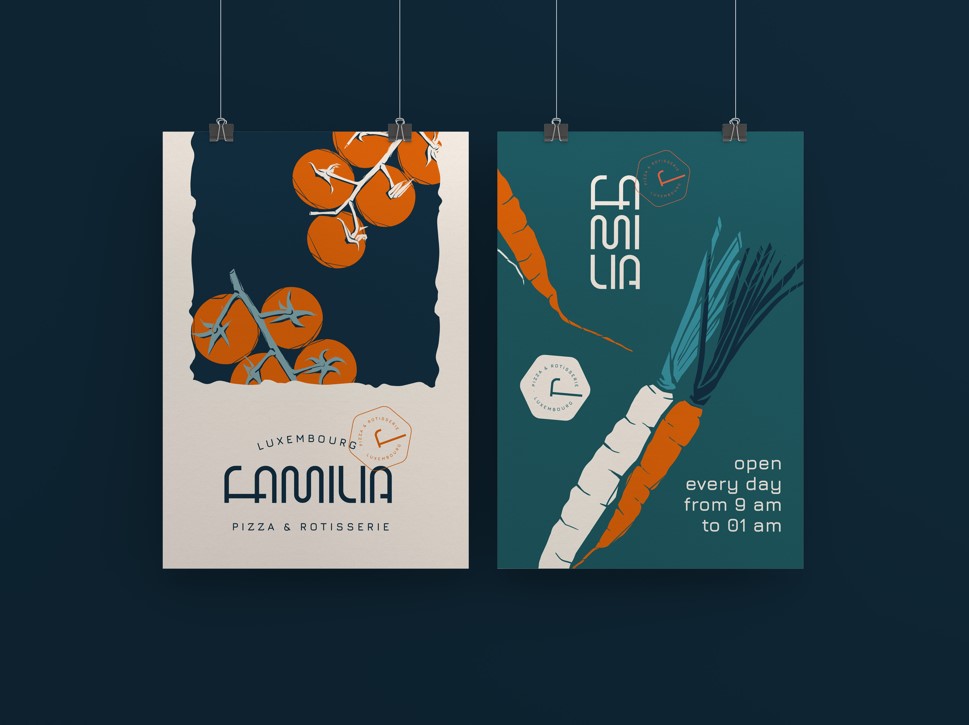 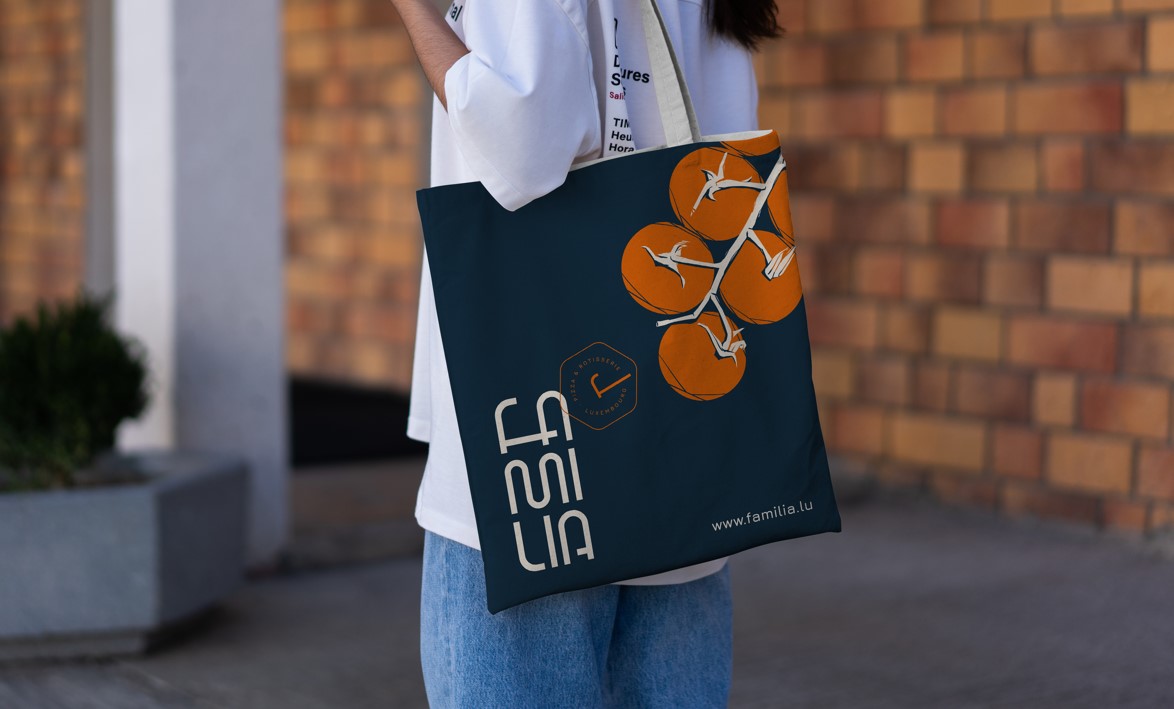 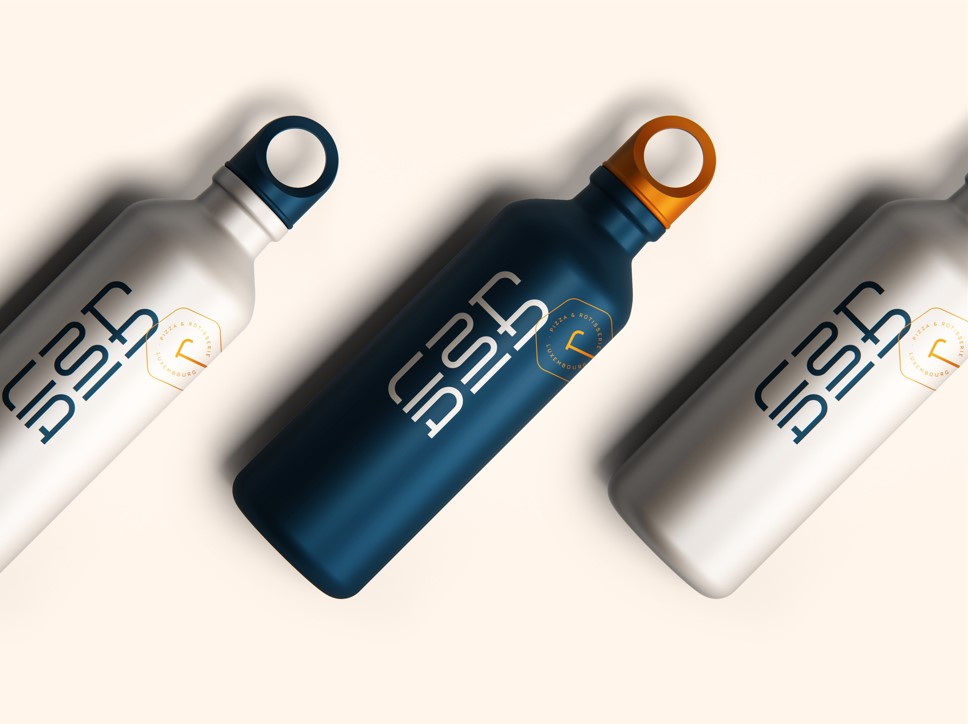